Why is riding with music such a divisive issue amongst cyclists? I ride with music, have been for years. My first experience with riding with music was when I got a Sony Walkman. I only used it for a few months, then spent the next 10 years riding without music until I bought the first generation iPod Shuffle. 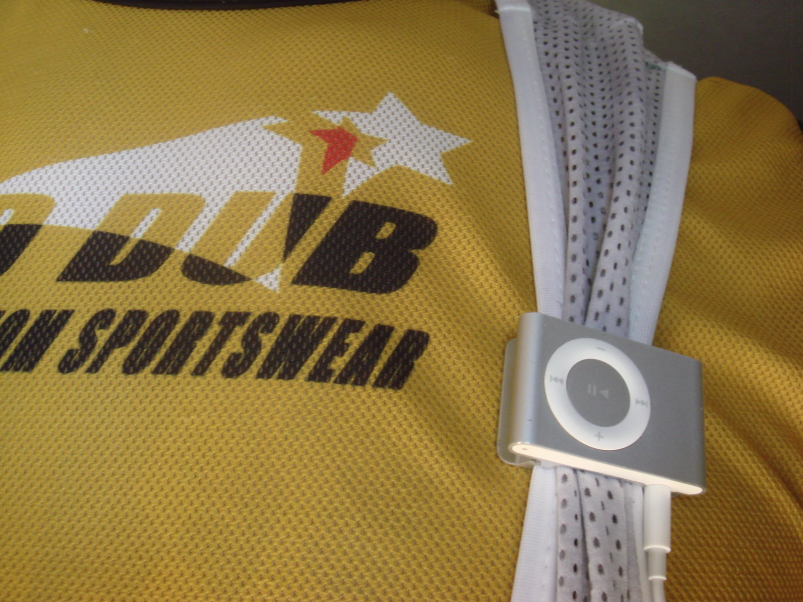 I have a pretty eclectic musical taste and play bass guitar/keyboard, electric guitar etc. Music has always been an important part of my life. Music to me, is essential in life. My first ride with the iPod Shuffle was pretty interesting and felt really weird. I didn’t have the volume up very loud but it was really distracting to hear music instead of the wind in my ears. I found myself concentrating more on the music than looking at debris in the road or concentrating on my pedaling and breathing. The one thing that I did notice was that my intensity was almost directly related to the tempo of a particular song that was playing. I only used it on solo rides, never when riding in the group. After a few months, I decided to use it all the time because the music motivated me, kept me company on long rides, and dulled out the wind noise (which as you know, can be very demoralizing). So, I show up on the weekend group ride with my earphones on…

Some riders made comments about how unsafe it is to ride with earphones, asking why I was being anti-social, looks of curiosity etc. I remember having a conversation with someone at the coffee shop at the end of the ride. He was saying how unsafe it is. So I asked him, “have you ever ridden with earphones?”, he replied “No”. So I explained to him that I never had the volume so loud as to not being able to hear those around me, that the music was more background noise etc. The weird thing is, I’m telling him my personal experience with earphones but because he had no personal experience with them, he just dismissed my observation. I guess he had his mind made up that they were unsafe and that nothing I said was going to convince him otherwise(not that I was trying to). Funny thing is, the same guy that I was talking to eventually rode with them on his solo rides. The next time I see him, he is like..”you were right, I can’t believe how cool it is to have music on my long rides, now I can’t ride without them!”. 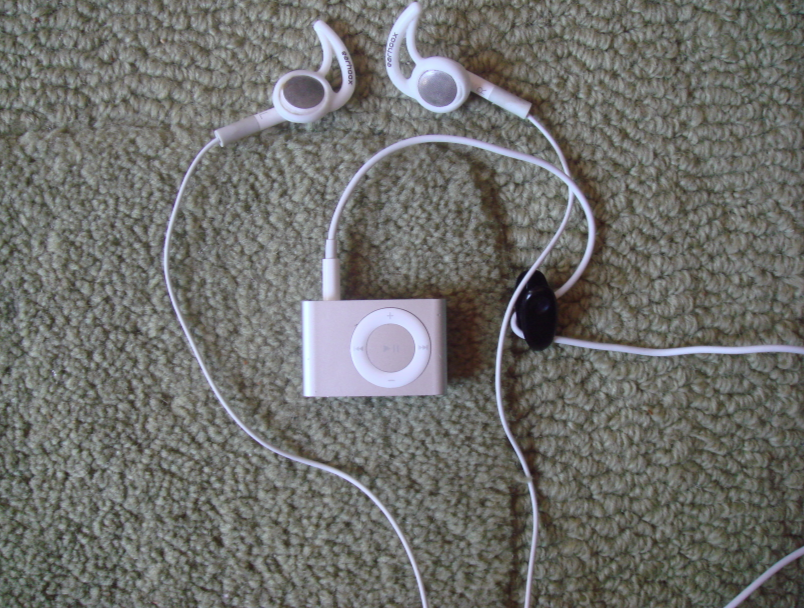 I remember reading a debate about this issue in one of the cycling forums. Some guy said it was dangerous and thus related a story about riding with his friend who was wearing earphones and almost got hit by a car. He goes on about how he was riding behind his buddy as they approached an intersection, a car was coming from the left of a cross street so he yelled at his buddy “car left!”. He said his buddy didn’t hear him and almost got hit by the car. My point to him was that his buddy is an idiot if he flies through an intersection without looking in either direction regardless of wearing earphones or not.

Let’s look at some of the positions people have taken and I’ll provide what my experience has been.

1. It’s unsafe, you need to be able to hear cars approaching from behind.
I always assume cars are approaching from behind and ride as far to the right as is safe, the music volume is not so loud as to not being able hear cars to a certain degree. I’ve been in windy conditions without music and could not hear cars approaching at times. These same individuals would not ride with a mirror on their helmet which would be a lot more effective than hearing a car approach. Conversely, when riding with music, I find myself looking back a lot more than I did before I began riding without music. Not that the music is so loud it is deafening, but should a person who is deaf not be riding a bike?

2. You won’t be able to hear emergency vehicles approaching.
Really? Emergency vehicle sirens usually produce between 110-120 decibels, that is LOUD. The sirens have to be crazy loud to alert motorist who are incapsulated in glass and metal (and maybe even listening to loud music). Riding my bike, I am already riding as far to the right and am not impeding emergency vehicles, I can hear them just fine.

3. It is rude and anti-social to listen to music when riding with others.
Non issue. I don’t ride with the music up very loud, there are stop/start/volume buttons handy for this, don’t assume my volume is so loud that I can’t hear you and just because you see the headphones, it does not mean that I am even listening to music. The Shuffle (as you see in the pic, has stop/start/volume+/-buttons that are easily adjustable with a push of a finger).

4. You need to be able to hear if something is wrong with your bike.
As I get on the road, the first few minutes I don’t ride with the music volume up because I want to hear if anything is amiss with my bike. With my normal volume, I’ve heard rocks hit my bike, spokes break, something drop out of my pockets, chain moving over the cassette etc.

5. I need to be able to hear other riders around me, verbal safety alerts within the pack and so on.
Your eyes and anticipation are a lot more valuable than hearing in those situations. You need someone to tell you to slow down because the pack is slowing? You are a danger or have inept pack-riding skills. Riders use hand signals for a lot of alerts because they understand that wind and ambient noise(wheel noise, chain rattle, talking) can sometimes muffle verbal alerts, that is why you need to pay attention to what’s going beyond your front wheel and anticipate evasive maneuvers.

I think a lot of these people are just neurotic control-freak safety-nannies. I just believe they ride in fear all of the time and try to justify their objections to earphones by structuring their argument as a “safety concern”, who’s safety could they really be concerned about? They really don’t care about my safety, they just care that you know their opinion on the matter. I haven’t once ran into another rider because of listening to music(and I’ve done thousands of group rides). No one asked your opinion, your opinion is duly noted (feel better now?) now go away.

This is only my personal experience, some people may have different experiences but I have found these revelations while listening to music while riding:

1. Motivation- I can shuffle through my playlist to find songs that are tempo appropriate for the terrain that I am on or the change of pace of the pack.

2. Training tool- Songs have tempo, when you are pedaling you maintain a certain tempo. When cooling down, a slow tempo song puts the mind at ease while the body adjusts to the lower intensity. High intensity efforts are more achievable when listening to intense up-tempo songs.

3. Natural audible muting- Often when in intense concentration like when doing intervals or attacking, I don’t hear the music at all. I’ve been so lost in concentration for several seconds and could not tell you what song was playing until my efforts subsided. I think this is no difference than someone riding without headphones who under the same circumstance who could not hear someone say hello to them from across the street.

Perhaps not everyone should ride with music, there are some people who can’t chew gum and walk at the same time. I have noticed that there are many more riders riding with earphones now, it is almost common place now in the pack. I don’t get the questions now, nor the weird stares so I guess a lot of naysayers have been persuaded to give them a try. There will always be those that take exception to something they don’t agree with, I understand that there is a certain level of conformity people expected in cycling. Don’t waste your breathe, my music goes wherever I go. Live and let live.