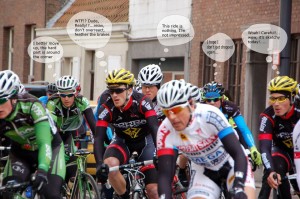 You probably have a fast training ride in your area that has been going on for awhile, these rides usually began as a “shop ride” (organized by a local bike shop). One of our local fast training rides has been going on for over 20 years, it normally has 40-60 riders. Initially, the only riders who would attend these rides were guys who raced and if they didn’t race, they knew about the ride through friends who did race. There was no Google search to be used to find the fast training rides, it was a very close knit community of local racers who by word of mouth, knew about this ride.  There was always a “senior” group of riders who took leadership of the ride and often determined route changes and facilitated the rotation direction of the riders at the front. They were instrumental in helping new riders with advice on bike handling skills, pack position, etiquette etc.

Anytime you have riders of various skill levels on a fast training ride, there will be crashes. Even the leaders of the ride can’t control this, it is just the risk you take while riding at 30mph while being only feet away from other riders. You have to make split second decisions if someone crosses wheels with you or make an abrupt move in front of you. This is why it is important to understand the nuances of pack riding and the time honored ride etiquettes.

The leaders of the ride were respected because of their commitment to the ride, constructive criticism, and overall helpful persona. The rides were always risky with the high speeds, running of stop signs, town limit sign sprints etc. But within all of that, each rider knew that being part of the group meant that they were responsible for the safety of the rider next to and around them. There was a general courtesy from each riders such as pointing out objects in the road and approaching cars, signaling if they were flatting and pulling off, or stopping. The strongest guys were generally the longest attending riders and generally rode at the front of the group dictating pace, everyone else was basically along for the ride. The guys riding at the front made sure to pull the group around potholes, parked cars, etc.  They knew that riding at the front came with great responsibility, this was understood and expected if you rode at the front.

The ride has changed now. 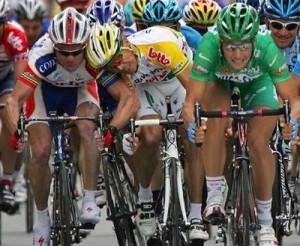 Over time, and with the explosion of the internet, the ride is no longer frequented by just the racing community; anyone and everyone shows up. It is great that there are more riders but what it is lacking is leadership.  Most of the previous leaders have long since stopped attending the ride, there are some of the older riders still attending but they don’t take a leadership role.

I also think in general, common courtesy is lacking in society and that has also been seen on the ride. Most of the riders who attend the ride don’t know the history of the ride and have little pack riding skill experience.  If they do have a fair amount of pack riding skill, they don’t understand the nuances of pack position, etiquette, and situational awareness.  In general, and this is my observation, these riders are not open to constructive criticism.  There is an underlying resentment from these riders to anyone that attempts to give them advice on how to be safer, more skillful. There is an every man for himself mentality. There was always disagreements between riders during these rides, but now I see an escalation in verbal confrontations and even near fights. 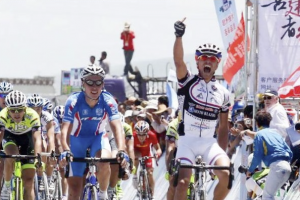 One of the more puzzling things to me is what I call “the carry over”. Many of the regulars who attend these rides are usually the ones that are the most aggressive in terms of being involved in confrontations. It’s almost exclusively the faster guys at the center of the storm, the slower guys are rarely involved in the nonsense.

It could be something as trivial as years ago, some rider sat on their wheel and didn’t pull through in the rotation, then jumped and won the town limit sprint.  So the “offended” rider holds a grudge and takes it personal even though there were 40 other riders on that particular ride. So he has made up his mind that that guy is a wheel sucker and that’s that…. the “offended” rider tells his version of events to his clique of friends who attend the ride, alliances are made, and reputations are sealed for eternity.  Freakin’ Survivor Island version of a group ride. Relax, it is not alway about you. It is really sad that these people take themselves so seriously, no one is taking your Pro contract, it’s just a group ride!.

A friend of mine has a great perspective on the matter of being a weekend racer and group ride participant.  He said…”We are nothing more than a glorified softball league, we just have more expensive equipment, but the true similarity is that we too keep score”.

The ride has indeed changed.

What you end up with, is a fast ride with riders doing things within the pack that previously got you admonished or a suggestion to move to the rear of the group because you were a safety hazard. You now see riders doing the same questionable moves over and over. For example, it is traditional group ride etiquette to pull through gradually after the rider in front of you pulls off. The aggressive yet less experience riders who find themselves in this position, instead of pulling through smoothly, they will accelerate causing gaps to open between the riders behind them. This disrupts the flow of the pack. They lack this basic understanding of pace line rotation, they don’t point out obstacles while riding in the front, and they will pull off in the wrong direction during a crosswind. They just don’t know, they were never taught. But hey, they can keep up so what’s the big deal right?

Then there are the riders who always join in on the ride at the easiest point in the ride, and if there is a break-away formed already, they will jump into it! Now, doing that has always been a no-no. I don’t know if they are ignorant, know better but don’t care, or both. Do they really revel in this “accomplishment”?  Group ride etiquette has always dictated that you have to earn the right to make the break-away, to do it any other way is frowned upon(by those who know better, which are far and few riders these days). 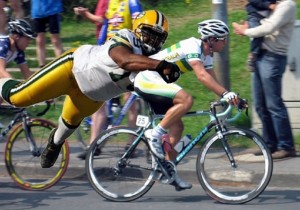 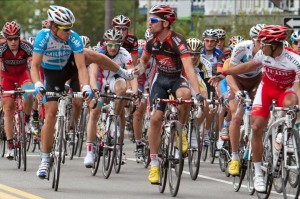 It has always been a no-no to apply team tactics on the group ride. It was frowned upon to soft pedal at the front if you had a teammate up the road in a break away. Training ride etiquette dictates that you pull through at the established speed or don’t get into the rotation at all.

If you are not getting dropped, sometimes the best move is to let someone have the wheel in front of you…tranquilo, tranquilo. 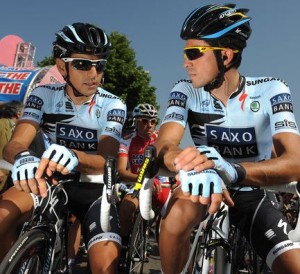 Talking to some of the longer attending riders, they are frustrated with the overall lack of pack riding etiquette on the ride but feel helpless to do anything. I understand where they are coming from, there are just too many riders who infrequently attend the ride to get a grasp on who the dangerous or less experienced riders are.

I think the popularity of the sport over the last 10 years is great, it has increased participation in the sport but on the flip side, it has also “diluted” the quality of the ride. There is no going back to the way it was, the ride has taken on a new personality. I try to talk to some riders about pack riding skills, situational awareness and etiquette. I usually present my advice from a personal perspective without singling them out. I think they are more open to learning using this method without getting defensive. I think if you talk to someone the way you would like to be talked to, it will go a long way towards a constructive dialogue. Reach one, teach one.

You may ask, doesn’t sound like too much fun to attend these rides, why do them?  It’s pretty simple. I like riding my bike, testing myself against some of the fastest guys in our region, talking to the cool, down to earth guys before, during and after the ride. Sure, it would be nice if the ride was always free of issues but that is not ever going to be the case. You can’t get 50 guys to have the same perspective on what the ride should or should not be. So I just take personal responsibility for my own riding enjoyment; if I want to sit in and take it easy I do, if I want to go hard and mix it up at the front, I do.  What someone else does short of crashing me out will never deter me from doing the ride.

Next in our Dub-Wise Group Ride Series: Group Ride(pt.3)- Stop Sign Challenge Of The Group Ride and Shouting From The Peanut Gallery.