In Part 2 of the Dub-Wise Series on Group Rides, I commented on the changing quality of the local fast training ride. With the vacuum of leadership that has occurred over the years and the changing attitude about what is fair and not fair in sports in general, these factors have created a interesting paradox on the ride; trying to lead the ride to make it safer yet still retain its initial purpose which was to be a fast training ride for those who raced. What is becoming more apparent, is that there are riders who want to take a leadership role to create some safety guidelines for the group to follow. The biggest opposition these riders face is that they infrequently come out on the rides and if they do, most of the riders don’t know who they are. The ride has morphed into a leaderless ride, someone trying to lead and control grown men and women is going to face a big challenge. The ride is not a club ride where there are consequences for riding unsafe or blowing through stop signs, you can’t kick someone off of the local training ride. Free country, free road access. 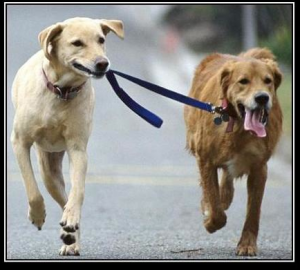 Let’s look at the safety aspect.  The very nature of a fast training ride is unsafe, it just is. Each person that attends these rides take on a certain amount of risk because to ride in a group of 60 riders means that your safety is in the hands of those around you.  You can be the safest rider, most cautious rider, and you can still get taken down like that. Every rider has done a risk assessment of the ride dangers and they think that the reward (however they qualify that) is worth the risk, so they show up. There are riders who have stopped doing the ride because the risk is too high, that is their risk assessment of the ride. If you are going to do the ride, you have to try and be as safe as possible in the context of what the group is doing.  There is a frequent debate about the group not stopping at stop signs, of course it is a problem and one that needs to be discussed. I’ve done it myself many times, but I’ve also been at the front of the ride and instructed everyone to stop. No one is perfect, to expect the ride to be perfect every time out is wishful thinking. 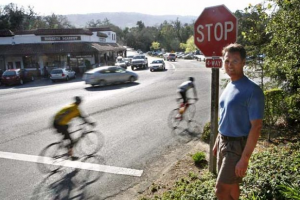 A very large group of riders blowing through stop signs is not a welcoming sight for the residents that live in the area that the ride frequents.  The ride doesn’t always do this but of course there will be times when it happens, that is just the nature of an aggressive fast training ride.  It is not legal nor safe to do it all of the time, I think everyone understands that. The dilema is, how do you change the attitude of the riders?  These are not kids out there, these are grown men and women who think for themselves. I see riders who try to take a leadership role and thus attempt to have the group stop at every stop sign, I think they should be commended for trying. You’d need to have a pretty high opinion of yourself if you think that it is a one man job that you are the best qualified for. It is a job that requires many riders working together to be effective.

However, when those same “leaders” blow through stop signs along with the group, aren’t they then part of the problem? I think if you are going to take on the job of making the ride stop at every stop sign, you’d better come out every week and ride at the front the whole ride. That is not possible of course, people have other commitments such as family and jobs. I understand that I will not be able to control the actions of others, I can make suggestions, but ultimately, I can only control what I do. 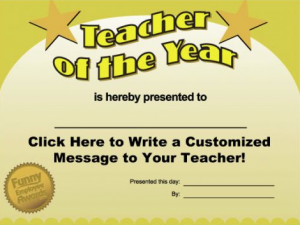 I am not advocating giving up and not trying to make things better, I’m saying there are some things that are out of your control and you have to accept that. Your kids will probably listen to you, grow men and women? they don’t have to. If you are a person who feels strongly about stopping at every stop sign, and you may do that when you ride by yourself, but when you attend the training ride you’d probably be better off riding at the back and stopping at every stop sign then chase back on. That way you can maintain your moral high ground. But you can’t say you don’t condone the behavior of the group when you are participating in it.  By the very nature of you riding in the group, and it is a certainty that at some point the group will run a stop sign, then you too will run it.  You can’t have it both ways. You come on the ride, you are now one with the group.

I believe those who try to take the leadership role and atttempt to encourage everyone to stop at every stop sign will be able to do that on occasion, but there are just too many variables with the in the moment attitude of 60 people riding at their limit to be successful 100% of the time.  I think a coalition of regular riders getting together on the same page and agreeing to ride in positions near the front so that they can be in a position to have the group stop at the stop signs would be a good plan. Maybe getting the group to stop 50-60% of the time can be viewed as successful? 100% of the time? not a chance.  Some of the most vocal individuals about stopping at stop signs are ok if the group slows down (to make sure cops are not waiting for us, or if a car is approaching from the adjacent stop sign) then slowly roll through the stop sign. It would seem that they are ok with the appearance of the group trying to stop rather than the group actually stopping. 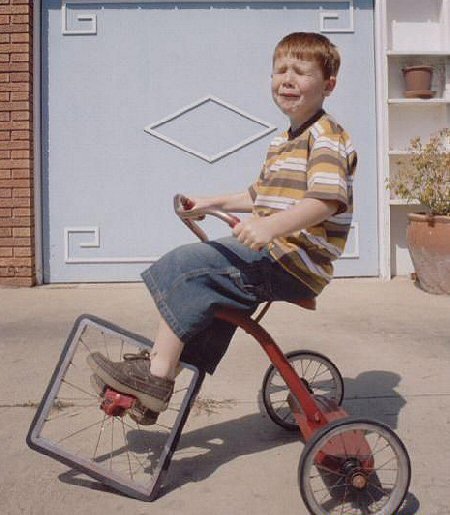 The other aspect is a virtual no-drop mutiny being orchestrated by a small minority group of riders, a kind of everyone should be a winner inference being made. There is an emerging group of riders who are becoming more vocal about controlling how fast the ride is by attempting to scale back the inherent aggressive nature of a fast training ride.

These riders typically don’t ride at the front where they can dictate the pace and take on a leadership role by leading by example, instead they are mid-pack riders who keep a low-profile.  For example, there was a suggestion by a rider who said that the front guys who stop at a stop sign(followed by the group stopping then proceeding), should not sprint away afterward, suggesting that it was an unfair advantage. Really? Ever watch the start of a bike race? See how the front guys sprint off the line followed by everyone else, should they wait for the last guy off the line to get up to speed before the race begins?

Certain aspects of a fast training ride emulate a race, of course the training ride is not a race but it does have some of the same elements that a race does. Who do you think started these rides in the first place? Exactly, guys who raced. What’s next, no accelerating at all because some riders may not be able to stay with the group? I mentioned this to a long time attendee of the ride, his response was….”I don’t care if they sprint away from the stop signs, that just gives me an opportunity to chase and to get in a good workout”. 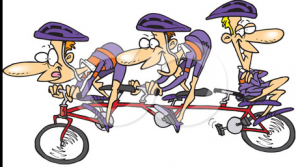 The shouting from the peanut gallery is growing, riders trying to institute rules to effectively negate the very nature of the training ride which is to be fast, selective, and challenging. Riders have been sprinting away from stop signs since the rides inception, this has never been an issue until now. You come out on any fast training ride enough and you know when and where the ride gets fast, if you do not position yourself in the pack to anticipate that, then don’t blame someone else for your inattentiveness. Take some personal responsibility and move up at an opportune time.  There are just some riders who do not want to chase, well not even chase themselves, they want to regulate the speed of the group somehow and when the group chases. 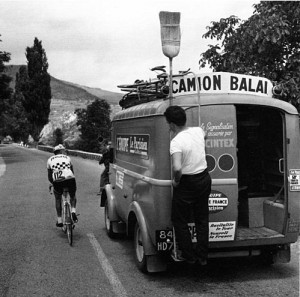 The local training ride is not a no-drop club ride, it is a fast training ride that is meant to separate the fastest from the slowest. That is the way it used to be, but now it is becoming a hybrid training/club ride where the slower riders are being more vocal about the speed and lack of a no-drop component.

The fast training ride is not (or should not be) a ride where everyone stays together, if you can’t keep up no matter how lawless or fast the ride may get, decide to a) find a ride that suits your fitness and/or safety comfort level, or b) don’t support the behavior at all by not being part of it. You can’t control others, but you can control what you do. You will not be able to shame the group into changing their behavior.  There are lots of group rides in the area that are much better at having strict no-drop policies, that stop at all stop signs, that have a less aggressive nature to them.

The ride has changed and will continue to change, I can accept that.  It would be naive for me to think that the ride could retain its original intent and character over the years.  There is still a lot to like about the group ride, but also a lot that is very disheartening to me.