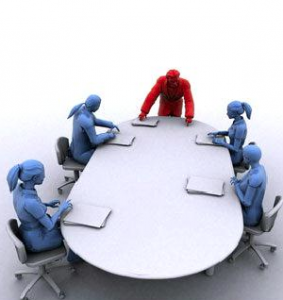 Sponsorship is a significant component of a team no matter what level of racing you do. You don’t need sponsorship to start a team but it is nice to have. I’ve created sponsorship proposals and have presented them to many corporate decision-makers, the most frequent questions I get from potential team managers is how to go about getting sponsorship. If you already have the team in place, here are a few key points:

My biggest assumption when I first began to court sponsorship was to think that our results were the key. The thinking went that if we had good results, the sponsors would want to be associated with our team because we were winners. I guess some of the decision makers were impressed with our results but they had little experience with the racing culture so that even though we may have won the big local race, they didn’t know the race or how to qualify the results. You have to expect that a potential sponsor will know nothing about cycling, the races, the various disciplines etc. They may have heard of The Tour, but they most definitely won’t know what the cycling jargon means. What they did want to know was; how were we going to promote them. 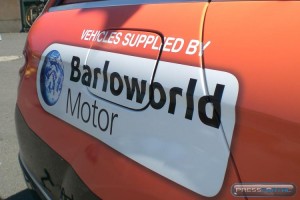 Many of these companies you will be discussing sponsorship with want a ROI that can be qualified. Many department budgets are tight so sponsorship dollars need to be spent wisely. Often, the green light is given because someone in a position to influence sponsorship budget spending is either a cyclist themselves or maybe their spouse is. They can be an evangelist for your team within the company.

I once approached Yahoo! in 1993 to sponsor our Cat. 3 team, a cold call. I had a small sponsorship proposal my friend helped me with. I met with a really nice girl, presented the proposal and outline what our team was about. She asks some questions mainly focused on the visibility of the team then told me she’d brief her boss on our meeting and she would get back to me within a week. I thought the meeting went really well. They did get back to me but had decided to pass, the reason being that they were not prepared at that time to use cycling as a marketing tool. In retrospect, I should have found out who the decision maker was and met with them personally. Even though the person I met with was really nice and seemed to understand what value we could provide to them as a component of their marketing objectives, there is no way she could have conveyed everything to her manager that I could have. Lesson learned. 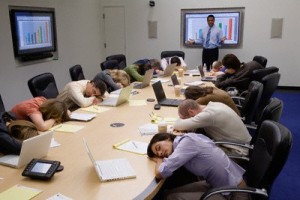 Once I understood what the symbiotic relationship was between team and sponsor, I began to tailor my presentation and supporting proposal material. It became quite apparent that I would have to educate them first, present the sponsorship proposal, then outline and illustrate how we could best represent them and show them how sponsoring us would be a good ROI.

I showed them the value of sponsoring the team, the value of their logo being on the kit for the eternity of the garment, the cost-effectiveness of the sponsorship when compared to print media rates for adverts. Maybe you are in charge of sponsorship but not a good public speaker, delegate to someone who is a good public speaker and go over the sponsorship proposal until you are satisfied that they know the material inside and out.  No matter how great your promotional material looks and how detailed it is, if your presentation lacks excitement, education, and enthusiasm about your team and what value you can add, the potential sponsor won’t be very enthusiastic about a potential partnership.

And please, if you do get the sponsorship, make sure you don’t have a rider wearing the kit doing anything stupid while riding that could tarnish the sponsor name. If you have someone on the team like that, set behavioral expectations and put a team-wide policy in place with a set of consequences that can hopefully deter errant behavior. 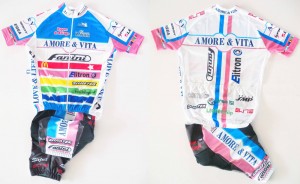 Most companies want to be viewed as community contributors, you need to show them how your team can be their conduit to achieve this by having a community service component included your sponsorship proposal and presentations. We outlined a program where we would have our team members volunteer to perform trash pick-up at local parks. We would photograph the whole event and send photos to the sponsor along with a recap of the event. The sponsor in turn would distribute the event details throughout the company and also include it in their promotional materials.

We required the entire team to attend many charity rides, these type of activities present the sponsor in a very favorable light. We created a team banner and tent with the sponsor logos on them, framed a jersey for them and presented it to them to hang in their corporate offices. We required all members of the team to attend a race that was in the sponsors headquarter city, then invited the sponsors to the event and provide food, seating, and drinks for them. We didn’t win the race, but the sponsors were happy because we rode aggressive and the announcer (who we had given riders bios and information about the sponsor and their products/services) was constantly mentioning the sponsor name and/or services on the race loudspeaker. 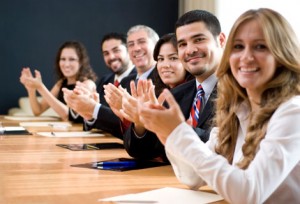 Don’t take the money and run, then come back the following year with your hand out. You just can not present yourselves as takers instead of givers and expect a longstanding relationship to develop.

If you uphold your commitment and represent the sponsor honorably, you can cultivate a long standing relationship with them. With the current economic situation and doping news associated with the sport, it is becoming more difficult to get financial sponsorship. No matter what level of sponsorship you go after, you will just have to persevere. Being prepared and knowing your audience will give you a good chance at succeeding.