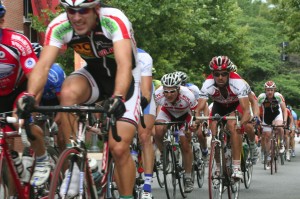 I hope that you will enjoy reading this first post and the many more that will be posted in our blog; Dub-Wise. This is part 1 of a 3 part series on Group Rides.  Over the last 20 years I’ve done many group rides ranging from low-key club rides (with no-drop rules) to fast training rides. The first aspect I will comment on is the competitive dynamics of the group ride.

A group ride does not have to be an organized club or team ride, it can be several of your buddies that meet on a regular basis to ride. A group ride can consist of many different skill levels, you really need to know your skill/fitness level when selecting a group ride to attend.  Regardless of the ride you choose, you will experience the competitive nature of the group ride. This competitiveness manifests itself in many ways; increases in speed by one of more riders to the point where the ride breaks into different groups.  You see this on rides that have no-drop rules, it happens because these riders have a need to show how strong they are without consideration for the groups fitness level as a whole. They want to show their strength/fitness in a group where they are assured of success in that regard, they get an ego boost. There will never be a shortage of equally fast or slower riders in the group to tell them how fast they are.  Why would they waste riding all of those miles to get really fit if no one knows how fit they are? They need the (slower) group ride to showcase themselves. 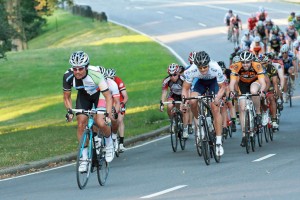 Sometimes the competitiveness is obvious, sometimes it is a little more subtle. It can be as subtle as the same riders consistently riding at the front of the group no matter what the pace. You may belong to a casual no-drop ride that everyone rides at the same pace, you don’t have that competitive aspect in your group right? Wrong. For example, the group gets to the designated stopping point, yet week after week the same riders are at the front when the ride stops. Those riders’ need to be first is dictated by ego and lack of discipline to say “I’ll sit in the middle of the group today even though I know I am more than capable of being in the front”. Sometimes it is to show the other front runners that they too belong at the front. Competing for affirmation, competing for a place at the top end of the group hierarchy.

I’m reminded of a situation some years ago when I was a beginning racer. I used to ride with a girl who was primarily a runner. We met to do a ride and as we were ascending a gradual hill, this guy comes flying by and passes us while looking back and smiling. Apparently, he was a friend of my riding partner and she had mentioned to him that we were going to be riding and told him our route. He slows, she introduces us but is clearly not happy that he has joined us. Then the guy says to me “c’mon”, and accelerates away. My friend says…”go ahead, you can ride with him”.  At that point I just told her I was there to ride with her and  not some guy I didn’t know, I think she appreciated that. It was easy for me not to chase him. For one, that is not what I was there for and two, I knew I was more than capable of chasing and catching much more formidable competition during real races. 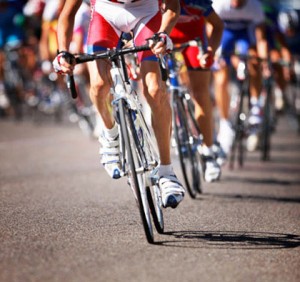 I also remember a funny situation when I was riding with two friends on a casual ride. One of them was really fast on the climbs, the other was faster on the flats. The “flatlander” was going pretty steady as we headed towards a 2.5mi climb. The “climber” was complaining of the pace and asked us to slow down, were were not going that hard (relatively speaking I guess). So we slowed down, but as soon as we got to the hill, the “climber” took off. It was funny to me because it was so obvious he was competing in an area (climbing) where he assumed he had an advantage over us. The “flatlander” and I just rode up the hill together and laughed about how the “climber” had bamboozled us.

A lot of what each rider achieves on the ride is often internalized; as a rider you need to have a fitness level on par with the group to keep up so if you don’t, it is perceived as reflection on your ability (unfortunately by you and the group). Your ability  may not be on par with the group but that is only the case at that point in time. That does not mean it will always be that way if you increase your quality riding mileage. I believe everyone who does a group ride is competitive, if not against the group, then maybe against themselves. Even the slowest rider is striving to be faster, if they say they are happy with being last in the group all the time then they are not being truthful. In any group, no one likes being picked last, finishing last, or being excluded. 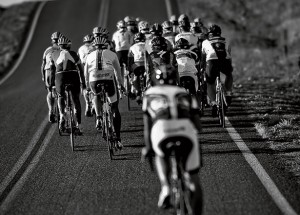 The thing that many riders overlook is that you don’t have to race to have a racers mentality, there are all kinds of riders who would not enter a race but will compete against friends and on rides that are not training rides. I’ve seen these type of riders show up to fast training rides attended by serious racers and get crushed, they have decent fitness but lack the pack positioning skills necessary to save energy in a group of cyclist who race and train seriously and use race tactics.

The strong man of your no-drop ride will not be the top dog on the local race training ride. These riders have every excuse why they were not first to the top of the hill or couldn’t stay with the front group when the ride blew into pieces. Excuses (some legitimate) are a way for the rider to compete virtually, their performance or lack thereof, is qualified through excuses. Even in defeat, the rider hopes that in your mind, he was not really defeated!  Riders like that are NEVER 100%.  I know one rider who will hang with the group on the toughest of routes until it gets to a terrain that doesn’t suit him, then he backs off and says he is “just taking it easy”…defeated without being defeated.

In these fast training rides, you can have from the lowest level category racers to Professionals. The one constant is that the fast training ride environment embraces the take no prisoners motto.. The riders who participate in these rides are super competitive, they seek out these kinds of rides. There is an unspoken acknowledgement that there is an hierarchy within the group; the fast guys (Heads of State), the top-level rider (pretty fast guys), the mid-level (faster than weekend warriors), the low-level riders (decently fast but get dropped when the ride gets really hard). This hierarchy is established over many years, often with the same riders consistently attend these rides. Many riders will not do these rides because they feel the rides are too competitive for their tastes, only they know how to qualify what too competitive means. I know riders who have raced at the highest amateur level who get offended if they get passed by a weekend/casual rider and will repass them… competitiveness can be a difficult thing keep in check.

Next in our Dub-Wise Group Ride Series:Group Ride(pt.2)- The Current State Of The Group Ride.