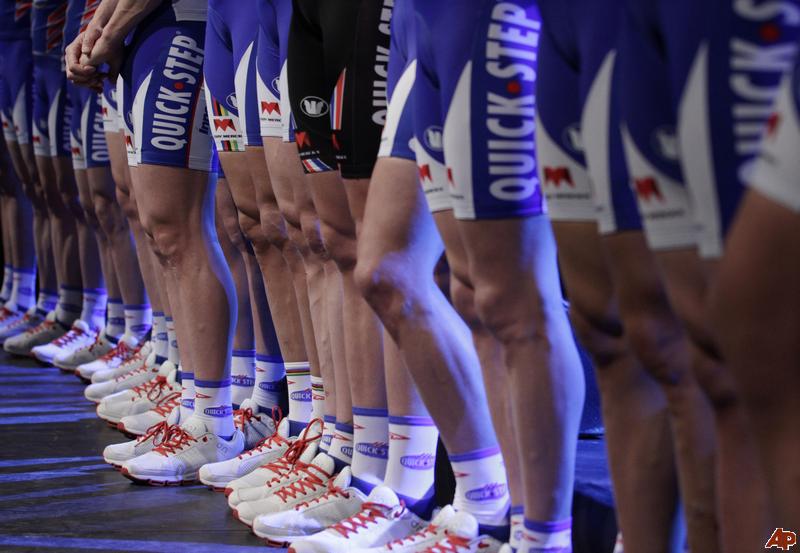 I joined my first cycling club in 1991. It was one of the largest clubs in our area, my two other friends and I joined together. We had no race experience but some of the local riders told us it was a good club for beginners. They had skills clinics, various levels of riders, handicapped training races and a Winter Series of races. We participated in most of the club races, met some really cool teammates and began to understand the racing culture. We spent the better part of 3 years in the club, we raced in the club kit and had many good race results. During our final year, we felt our loyalty was under appreciated(we worked the club races, always wore the club kit, helped out at uniform distribution meetings etc).
We wanted to have a larger role in the club where we could be a part of the decision making process. We were rebuffed. We now had the experience and insights into what we did and didn’t like about the bicycle club culture.
So, my friends and I decided to start our own team. Many riders in the club did respect us enough to want to join the new team, it just so happened that they were some of the best riders in the club. The management of the club found out about the impending departure of so many riders and were not happy, they wanted to know why we wanted to leave. We told them that we felt unappreciated. They offered to make one of my friends the new president of the club….wow. We talked it over and told him if he wanted to take the position we were ok with that but that we had already made up our minds that we were going to start a new team. He declined their offer and they countered with an offer to make him the new president and that our new team could become the clubs new A Team. That was nice of them, but as long as we were part of the club, we knew we could never have autonomy and with complete control over the direction of the team.
In 1993, we moved on. The backlash was immediate. Rumors circulated as to why we left, we’d tell anyone who would listen what the real story without being disparaging to our old club. When people found out who the riders were that made up the team, the sentiment was “they have too many chiefs and not enough indians”. I admit we were stacked with talent but what they didn’t know was, that we had a plan, framework, and policies in place to be a structured and bonded team. Not a team in name only, a real TEAM.
Definite pressure to succeed. We had to secure sponsorship, uniforms, schedule team meetings, club rides, etc. On the sponsorship side, I went to local bike shops I frequented and asked them for product discounts. The other officers used their contacts in the high tech industry to get a few small cash donations. I was in charge of the uniform design. We worked hard, pulled it all together. We knew the kit design had to make a statement, we were going to be a new team and we wanted to break from the traditional kit design concept and come up with a design that was totally different from what was being done at the club level at that time. My friend came up with the name Team Extreme; it fit, we were doing something extreme. My other friend suggested we use stars as a design element, he was a Dallas Cowboys fan. That made sense, we had a lot of good rider who believed they were “stars” lol.. Color? Back then, the more colors you wanted the more the kit cost. We wanted to use red, black, green, and yellow but that would cost too much so we settled on black, yellow, red.
Kits arrive, we distributed them, everyone is psyched about the design and colors. We have our first meeting, we tell everyone what is expected of them as members of the team. We’ll work as a team, share in the winnings, sponsorship products go to everyone regardless of category, team meetings will have food, drink…everything free. Under no circumstances will we not work as a team, those who don’t will be called out and put on notice. We rode aggressively, supported each other as a team. Other teams were always on notice when we showed up..it was “oh, THOSE guys are here”. We had a team banner, tent, custom arm warmers (was not common then). We won our District Championships, Road Races and Crits. We always kept the team small and intimate, normally around 10-15 riders. We’d add maybe 2 riders per year, the selection criteria was personality first followed by ability.
The team ran from ’93 to 2001. During that course of time, we secured Title sponsorship agreements from the SkyTel Corporation and Focal Communications. With the Title sponsorship, we created an Elite Cat 1/2 team with sponsored LeMond bikes and I managed the team. We were part of Specialized’ Grass Roots Program (tires, helmets, shoes, accessories). We did all of the big races; Visalia, Masters Nationals, District Crit and RR series. Our fellow competitors begrudgingly gave us respect because of our results, teamwork, and perseverance. There were plenty of haters too but we knew they just didn’t like anything that was different. We were different, but that was the whole point of starting the team.
To this day, we still have original members of the team riding with us under the banner of D Dub Custom Sportswear. They are loyal to us, we are loyal to them.
I still encourage riders to start their own teams, what a valuable and rewarding experience to create your own team and to watch it become successful.