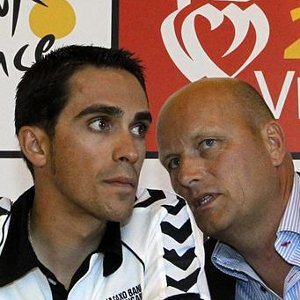 If you have been around cyclists for any length of time, you probably will have heard a lot of words and phrasings that relate to some aspect of cycling. Cyclists have terms for equipment, race strategy, clothes, appearance etc. As is the case with any group, certain words are adopted that are used when in conversation with other cyclists. Some are descriptive, some can be disparaging but they all are appropriate depending on the circumstances.
The guys I grew up around were mostly street-wise guys. They were athletic, and some of them became riders themselves. Since we had a similar background and a shared some ring time in the Sweet Science (boxing), when we got into cycling, we just naturally came up with our own hybrid cycling vernacular. Our phrasings are part fighting/boxing influenced combined with traditional cycling jargon.


Here are a few:
Got punched out- Similar to above. A devastating blow (attack, acceleration) that results in another rider (or group of riders) being left behind or quitting in the face of a fitter/superior foe.
Got his pocket picked- Describes a rider who leads out the sprint only to have someone come around him. A rider who in a two-up sprint, loses because he looks left or right and gets jumped from behind and from the opposite side that he is looking towards.
Dropped a Bomb (on them)- Attacking a group, usually reserved for a group ride. Attacking or going so hard at the front of the group that eventually, the ride breaks into multiple groups on the road (like a bomb has been dropped in the middle of it).
Rolled up (like an old sleeping bag)- Meaning a rider that has attacked and was counter-attacked and dropped. It could describe a rider that went harder than his fitness level could sustain him and was subsequently dropped, left behind, or beaten to the sprint line.

(Like) A hot knife through butter- Describes a rider who is unable to follow the acceleration of a group, they de-accelerate considerably from being tired or out of energy. Everyone has to go around them, they appear to be going backwards through the pack at a rapid speed.
Farm Animal- Describes a rider who races but lacks the talent to win or podium. They always finish in the field (like a farm animal).
Trying to get a co-signer- A rider who attempts to elicit support from other riders to bolster his b.s excuses for performance, placings, or tactics.
Monster- Rider who is super strong, usually one of the strongest on the group ride. Has an aggressive attitude (without being an a-hole) and the fitness to make the group hurt.
Fake a** rider- Usually describes a rider who thinks he is better than he is. A doper who’s results mean nothing because he’s not legit. A rider who looks the part, talks the talk but can’t deliver the goods. An equipment freak, always talking about the latest technology yet doesn’t do the work to improve their fitness. Someone who wants to be in the racing scene (and be known) but not actually strive to be the best they can be.
The Man- This can mean the best rider on the ride (unless he is an a-hole, an a-hole/doper can never be the man). A winner of the race or it can be used as a term of endearment for the guy who is the slowest but doesn’t care (and will tell you so). Can also describe a guy who everyone laughs at because he is slow, but is a nice guy and keeps coming out to the rides even though he knows he’ll be left behind again and again (his perseverance is held in high regard). Character trumps ability every time.
Thinks he’s top shelf/the man- You know that guy, can be a decent or strong rider who thinks he is better than he is. Brags all the time about his cycling related accomplishments, makes disparaging remarks about slower riders, doesn’t engage in conversation with riders whom he doesn’t respect (because of ability or lack thereof). Thinks he is a man amongst men strictly based on riding fitness, type-A personality.
A Tough Guy- Usually the most hated guy on the ride who yells at people and tries to tell riders what they should do (according to his standards) but doesn’t like being told what to do. Will yell expletives at riders without regard for consequences, lacks fighting skills, just a typical weak-armed cyclist with an attitude (that needs to be adjusted).
Busted up- A rider or group of riders who initially respond to multiple attacks but as the attacks continue, they eventually have to raise the white flag and retreat to the safety of the group.

Mascot- A guy who is normally the least talented rider on a team. He knows he is not a very good racer so he ingratiates himself to the stronger riders and constantly pumps up their ego with over-the-top compliments. He’ll volunteer for any duty for the team, take pictures at races on his own dime, be the gofer for menial task. He’s usually a nice guy, just likes being part of the race scene.
B**ch Slapped- A rider who tries to counter attack then gets dropped as he blows up.  Being embarrassed badly.
Gave him/them the old okeydoke- Taking tactical advantage of another rider. Feigning exhaustion to another rider or group when not tired, then attacking to drop them. Showing a false hand then playing another (in a tactical situation).
Punching Bag- A rider who always gets dropped on the fast training rides or races.
Pack Captain- These guys… Self-appointed captains of the pack; telling people how to ride, when to stop, when to turn. Anal retentive, control freaks. They think they are more important than they are. Usually a guy who is a decent rider with an abrasive attitude who (wrongfully) believes that his riding ability earns him respect/acceptance amongst his fellow riders. A guy who infrequently shows up on the group  yet tries to instruct others (who may or may not be familiar with him) in matters of safety, bike handling skills, etc. A self appointed coach, hall monitor, boss.
Rolling Roadblock- A rider who is slow, you constantly have to go around them or risk crashing into the back of them.
Downhill Champ- The rider who never goes near the front of the ride when the pace is high on any incline, but when the rides goes down hill, they make their appearance at the front.
Extortionist- A rider who constantly tries to negotiate the terms of the pace. A non-sprinter that offers not to sprint for a race prime that he can’t win in exchange for splitting the prime.
Being apart of the local cycling scene for many years, there were always riders who stood out for one reason or another that I will always remember. My friends and I came up with some nicknames to describe some of the characters we encountered over the years. Mostly they are guys we like, some we didn’t but nonetheless, they were given a moniker. After we assigned a moniker, we rarely used their real names amongst us but of course we did address them by their given name in person(unless they were close friends and didn’t mind the nickname). I am sure we were given nicknames too, we never take ourselves too serious so its all in good fun. Here are a few of them:

The Breather- This guy used to suffer on the rides, but he would never suffer in silence. He had this nasty habit of breathing heavily through his mouth while making gasping sounds. If I heard him around me, I knew I had to move up in the group as his presence close to me must mean that I was probably positioned too far back in the group! One rider got tired of hearing him and moved in close to him and said..”C’mon! through the nose, through the NOSE!” lol…
Fire Marshall Bill- Named after the Jim Carey character on the comedy show In Living Color. He looked just like the character. When we first met him, he would make condescending remarks to us but later he actually became quite bearable and funny on occasion after he began to show us some respect.
Loudrock- I think the name was based on another cartoon character. This guy was always talking; on the rides, in the races, after the races. He loved to hold court. He would not shut up, that name has stuck for a long time.
Hiawatha- This guy was cool, a real bike guy. He would attend the group rides religiously rain or shine, he was one of the few guys to show up. You had to be careful riding behind him or overlapping wheels because when he stood up to pedal, he had the dreaded 6’0clock dead spot combined with a rear wheel wiggle. My friend gave him that moniker because of the way he wore his hair resembled how many Native Americans hair styles were portrayed in movies and on television. I don’t know where my friend got that name, probably from some cartoon character but it stuck. There was an historical figure name Hiawatha.
Father Time- When we began racing and doing local training rides, this guy was always out there. The guy was the oldest guy out there yet he was one of the strongest. He had pretty bland personality and often came across as a know-it-all.
Father Time’s Brother- His sister…..she was nice though.
Schleprock (aka Schlep)- My good friend gave himself this nickname. He was always involved in crashes, something bad was always happening to him off the bike as well. You would think that bad luck like that happens to only mean spirited people, but he is a really nice guy. Schleprock was a cartoon character on the Pepples and Bamm-Bamm cartoon show in the 1970’s. The cartoon character was always hunched over with a permanent dark cloud over his head and it was raining only on him. The character would always say..”woah is me…” lol.
Cooney- Ha! that guy, what a character he was. We called him Cooney because as boxing fans, to us he was similar to the former Heavyweight boxer Gerry Cooney in that he was always telling us that he was really fit and could best us on the next weekend ride. He would come out and repeatedly and always get a beat down. One time he brought his “coach” on the ride, he was bringing reinforcements! lol. The ride included  a 10%, 1.5mi climb. His “coach” was yelling out some kind of time/cadence splits as they both went off the back. He never did become the man.
Note: you can’t give yourself a nickname! I know some riders who speak of themselves in the 3rd person and give themselves a nickname. A nickname is earned through effort, reputation, or anecdotal story telling.